Quiet in the classroom 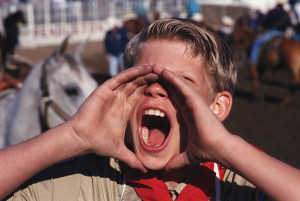 Imagine being 13 years old and having a social studies class in which you and your classmates learn cooperatively 100 percent of the time, and no one ever works alone… ever. Depending on your personality, this could be your favorite class or your worst nightmare.

This was the learning environment one teacher created for his students after attending a professional development seminar on the benefits of cooperative learning. Upon returning to the school, he physically made over his classroom, creating stations for small groups of students to work together every single day.

Perhaps he was so inspired by a dynamic instructor that he couldn’t resist converting to a new teaching approach; perhaps he viewed it as a way not to have to deal with the time-consuming planning that good teaching often requires; or he may have viewed it simply as a fail-proof way for students to learn. Whatever his instructional motivations, it most likely was the way he himself preferred to learn. However, it was not the preference of at least one of his students, who began to dread attending his class and, as a result, learned very little social studies that year.

An insight as to why and how some students choose to opt out of cooperative learning is revealed in Susan Cain’s book Quiet, which posits that our culture, in general, and our schools, in particular, undervalue certain types of individuals, specifically, introverts. She contends that the focus on group learning in schools ignores the needs of students who not only dislike working in group settings but actually don’t learn in them. Instead, they learn best when they work individually, usually through reading, writing, and reflecting.

In McREL’s Classroom Instruction That Works, Second Edition, the authors write that learning to collaborate and cooperate is a good foundation for future success in a world that demands high levels of social interaction. When used consistently (but not daily) and systematically (but not rigidly), cooperative learning structures provide opportunities for students to interact, take on specific roles, and listen actively to others’ ideas. But cooperative learning is not necessarily the basis for thinking or problem solving; that level of understanding often occurs when students are allowed to think and wonder on their own.

Cain writes that introverts represent one-third to one-half of all Americans; naturally, the same percentage exists in classrooms. For students possessing this personality trait, a steady stream of external stimuli is exactly the opposite of their ideal learning environment. And taken to the extreme—where students even take tests with a partner, possibly because teachers think it will reduce student anxiety (and new brain research suggests it sometimes does)—the practice gets in the way of learning.

More than two years ago, McREL Senior Researcher Charles Igel wrote on this blog that, while group learning had become as ubiquitous to modern instruction as rote recitation was during the last century,  many teachers were still confused about how to use it effectively. In a recent article, he explains that the early researchers of cooperative learning realized that just putting people into groups and having them learn together was not enough to improve learning. Cooperative learning is a subset of collaborative learning, and is different because it is highly structured and contains certain identifiable elements to foster the upside of social learning (i.e., engagement and high achievement) while avoiding the downside (i.e., uneven effort and outcomes). The research supports that when teachers use cooperative learning properly, they are more likely to reengage students who have become marginalized while preparing all students to be successful in their future endeavors.

Which brings us back to the over-zealous middle-school teacher, who, had he not taken his efforts to the extreme, might have created an environment where students learn to think on their own. We must acknowledge the possibility that when students seek solitude to “do their own thing,” they aren’t necessarily refusing to play well with others; rather, they may be following their natural tendencies to seek out an environment that frees them to learn their way.

Listen to Susan Cain’s TED Talk, “The Power of Introverts.”