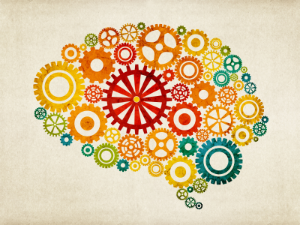 I recently read a blog post on developing innovation by George Couros, a principal with the Parkland School Division in Stony Plain, Alberta, Canada. I’m a regular reader of Mr. Couros’ blog, “The Principal of Change,” but this one struck a particular chord with me.

In his blog post, Couros refers to Carol Dweck’s work on “fixed” versus “growth” mindsets. In an interview with the OneDublin.org education blog’s founder, Dr. Dweck differentiates between the two mindsets, explaining:

“In a fixed mindset students believe their basic abilities, their intelligence, their talents, are just fixed traits. They have a certain amount and that’s that, and then their goal becomes to look smart all the time and never look dumb. In a growth mindset students understand that their talents and abilities can be developed through effort, good teaching and persistence. They don’t necessarily think everyone’s the same or anyone can be Einstein, but they believe everyone can get smarter if they work at it.”

Building on Dr. Dweck’s work, and encouraged by the knowledge that mindsets are impermanent—one can move from one to the other—Mr. Couros proposes that it is also possible to move past the growth mindset to what he calls the “innovator’s mindset.” In his blog post he sets forth eight important characteristics educators should focus on to develop an innovator’s mindset to model in their classrooms for students.

I should also point out that Dr. Dweck’s research and her seminal book, Mindset: The New Psychology of Success (2006), are heavily referenced in our 2012 second edition of Classroom Instruction that Works.