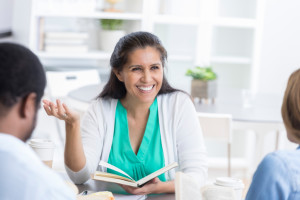 If you’ve been getting more curious about curiosity’s role in teaching and learning, you might be ready to dive into more books, articles, and resources. A great place to start is McREL’s upcoming new book, Out of Curiosity: Restoring the Power of Hungry Minds for Better Schools, Workplaces, and Lives, by our CEO, Bryan Goodwin (available next week in our bookstore!). Bryan reviews the academic research and describes how generating more individual and societal curiosity could improve our schools, workplaces, relationships, civic discourse, and, really, our entire lives.

The rest of the books on this list approach curiosity from slightly different perspectives but any would serve as a great introduction.

Curious: The Desire to Know and Why Your Future Depends on It
by Ian Leslie (Basic Books, 2015)

An excellent introduction to the various types of curiosity and how they come together (or fail to) in modern life. While schools and employers nearly universally say they aim to cultivate curiosity, Leslie points out, they simultaneously discourage it because it can smack of insubordination. A great quote: “Highly curious people, who have carefully cultivated their long-term memories, live in a kind of augmented reality; everything they see is overlaid with additional layers of meaning and possibility, unavailable to ordinary observers.”

Kashdan, a behavioral psychologist, makes the case that curiosity is the key to happiness and overall success. Kashdan describes the emotional reward mechanism that curiosity activates and contrasts curiosity with neurologically related phenomena like stress and worry. A great quote: “The greatest advantage of curiosity is that by spending time and energy with the new, increased neurological connections are made possible. Facts and experiences are synthesized into a web, paving the way for greater intelligence and wisdom. We become more efficient when making future decisions. We become better at visualizing the relativity of seemingly disparate ideas, paving the way for greater creativity. It is the neurological equivalent of personal growth. New pathways in the brain are inevitable when you seek out new information and experiences and integrate them into the previously known.”

Curiosity: How Science Became Interested in Everything
by Philip Ball (University of Chicago Press, 2013)

The word “curious” and its cognates exploded into print in the 17th century. The Scientific Revolution was in full swing, and a human characteristic long derided as wasteful or even sinful was having its moment. This book is a work of history, not psychology, but a useful reminder that the universe of possible ideas changes over time, as societal attitudes toward the very act of thinking change. A great quote: “Much of what passed for learning in the Middle Ages amounted to rearranging old knowledge (much of it spurious) rather than adding to it anew. New ideas were often greeted with skepticism, for why should anyone trust them when they had not been through the rigorous filter of the ages? Originality of thought was a sign of unhealthy pride, and the pedantic, twisting paths of logic evident in some medieval works can hardly be mistaken for curiosity.”

Livio, an astrophysicist, covers much of the same ground as Ball—for example, the ways people often misinterpret Leonardo’s accomplishments and shortcomings through our own perceptions—and comes to the same conclusion, that human life changed profoundly when curiosity was allowed to flourish. Great quote (with emphasis in the original): “Curiosity is the best remedy for fear. One of the clearest manifestations of freedom is precisely the ability to become interested in anything you like.”

A K–12 educator turned college professor, Shonstrom ponders why nobody took much of an interest in his curiosity levels as a kid, and vows not to make the same mistake as a teacher. He discusses curiosity’s role in literature and culture (Odysseus having himself tied down so he can hear the Sirens without becoming entrapped by them—that’s curiosity!), and as the title promises, he explains the connections and differences between curiosity and creativity. He agrees with Kashdan that curiosity could be called “essential to living a fulfilling life” and thinks schools must shed the prevailing industrial model and embrace one that incorporates more curiosity. A great quote: “If what we’re talking about is learning, then engaging with curiosity is the best trick there is. Recent studies indicate that there are neurological underpinnings to curiosity that provide some tantalizing answers to not just how curiosity works, but how being curious may in fact be ‘learning to learn.’”

Engel, a social psychologist, draws on her experiences as a onetime elementary school teacher and also provides anecdotes from her own childhood in still-rural Long Island to ponder the nature of childhood curiosity and what happens to it when we get to school. It’s hardly a spoiler alert to share that, through experimentation, she found it diminishes as children advance through the grade levels. A great quote: “Though most people say that curiosity is a good thing, when it comes to choosing between curiosity and compliance, the educational system pitches toward compliance.”

For principals and teachers on school leadership teams, I recommend another McREL book, Curiosity Works: A Guidebook for Moving Your School from Improvement to Innovation, by my colleagues Bryan Goodwin, Kristin Rouleau, and Dale Lewis. They blend learning research, lessons learned from their own work with schools, and team-building tools into a process that will help your team tackle the difficult work of school reform with camaraderie and joy. 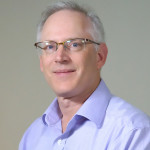 Eric Hübler is a writer and editor at McREL International. He is a former Denver Post education reporter and marketing communications manager for Denver-area nonprofits.