Are great school leaders born or made? 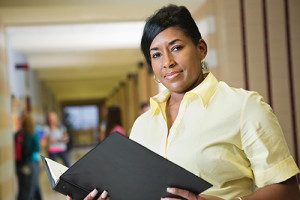 When we think of great leaders, we often think of those who seem as if they were “born to lead.” But is leadership really a fixed trait, or is it an acquired skill? In the May issue of Educational Leadership, McREL’s Bryan Goodwin and Heather Hein explore the research on how school leaders become great leaders.

Recent studies support the idea that leaders’ performance does indeed change over time—though not always for the better. One study of 197 elementary schools found that significant changes in principals’ performance were linked to better school improvement capacity and higher student growth rates (Heck & Hallinger, 2010). However, a similar study of 39 elementary principals found that leaders changed how they spent their time over a three-year period—but that schools where principals focused more on managerial tasks had higher achievement, while those where principals focused more on instructional leadership had lower achievement.

Goodwin and Hein note that the results of the second study were correlational and not causal, and that perhaps low performance prompted the principals in those schools to focus on instructional leadership, rather than the other way around. How effective a leader is, it seems, depends largely on the situation. For example, Fiedler (1997) found that, in high-stress situations, experienced leaders were more effective, but in low-stress situations, those same leaders tended to rely on their experience and how they’ve always done things, which led to performance plateaus.

One final piece to consider, say the authors, is the role of coaching. Studies clearly show that principals who are coached by more experienced administrators become more reflective and proactive and perform better. In the end, Goodwin and Hein conclude, effective leadership—regardless of context—appears to require a balance of nature, nurture, and guidance.