When choosing a place to study, mix and match!

A new study reported in Neuroscience News reinforces the power of place- or context-dependent learning—the longstanding insight from cognitive science that we are better able to recall information in the same location where we learned it. 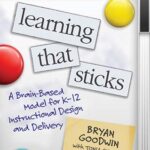 As we explain in the book Learning That Sticks, where we learn something becomes an important association we make with a new bit of knowledge—and thus, a useful hook for retrieving it. Researchers discovered this connection between location and memory years ago through some unusual experiments, including a classic experiment that asked subjects to memorize, and later recall, a list of 38 unrelated words while scuba diving under 20 feet of water and alternately, on dry land. As it turns out, study participants were more likely to recall the words when quizzed on them in the same location where they had learned them and less likely to recall the words when quizzed on them in a different location than where they’d learned them (e.g., learning them underwater and being quizzed on land).

Although such experimental conditions may not have much real-life application, they suggest location cues are important for recalling what we’ve learned and that, as one study found, the best place to study for an exam may well be the same room in which we plan to take it. Yet this same study found something else that may be of more use to students—especially those who are unable or unwilling to sneak into their exam rooms for after-hours study sessions. Students who engaged in study sessions in four different settings demonstrated greater recall of the words than students who engaged in repeated sessions in just one or two rooms—and just as much recall as those who studied in the same room the test was given. Presumably this was because once students infuse learning with multiple environmental cues, they can recall the words regardless of the setting in which they were examined.

In short, contrary to conventional wisdom that students ought to have a single, quiet place to study, brain research suggests they ought to study in multiple places—the bus, their kitchen, a park bench, and local coffee shop—as each of those locations will provide them with hooks they can use later to retrieve new learning from long-term memory.

Read about this and other insights into how to use the science of learning to make learning more engaging for students in the book, Learning That Sticks: A Brain-Based Model for K-12 Instructional Design and Delivery and the free white paper, Student Learning That Works: How Brain Science Informs a Student Learning Model. 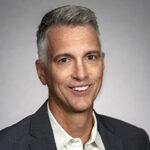 Bryan Goodwin is the president and CEO of McREL International. He is the author of Building a Curious School, the author or co-author of many other works on teaching and learning, and a popular conference presenter.