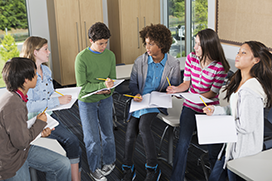 Curiosity is a compelling mental and emotional force that can propel students to ever-greater educational achievement. And of all the great ideas in Tools for Classroom Instruction That Works, I’m really drawn to the Mystery tool [free tool download] because of its connection to curiosity.

When we talk about trying to solve a mystery, we’re really talking about fashioning a hypothesis: Why do you think something happened, and can you prove it? While the word “hypothesis” is often associated with science, we can prompt students to phrase and answer such questions in all academic subjects—and, I would add, in all aspects of our lives. As discussed in Classroom Instruction That Works, hypothesizing pushes the brain into using one (or both) of two thought processes: deductive and inductive reasoning. And for our students, acquiring knowledge through active participation is often more engaging and effective than listening to a lecture.

To make the power of mystery work in your classroom, you’re going to have to become an expert asker of questions. A great question frames the problem to be solved by providing some information but withholding related information. For example, “How do planes fly?” does little to pique interest. A better version of the same question would be, “How is it possible that airplanes don’t fall out of the sky even though they’re so heavy?” Even if students don’t yet know the principles and academic vocabulary of aerodynamics and gravity, they at least know from your question that weight doesn’t preclude flight, so there must be some force fighting against gravity. They can offer their best guesses about what that force might be, and voila, a process of discovery—of hypothesizing—has begun.

Here’s another example from a completely different subject. A not-so-great question: “What makes a military general successful?” Better: “Why is George Washington considered a great war hero when he lost more battles than he won?” The terms of the question force students, right away, to confront that war is more complicated than a win-loss record. Could it have something to do with achieving a political goal? Let the lesson begin!

As a teaching tool, Mystery relies on our natural curiosity, but the investigative process can’t guide itself; that’s where you come in as the teacher. Your Mystery role is, first, to frame the question in terms likeliest to provoke thought; and second, to maximize teamwork and peer learning. Mystery-style lessons work best when the students break into teams and have an opportunity to report back to the group on what they’ve learned. One technique for accomplishing this is called “clue groups.” In this scenario, the teacher provides groups of students with slips of paper containing relevant information drawn from the textbook. Students are then tasked with organizing the clues into groups to hypothesize the likeliest answer to a mystery. If the mystery is, for example, “Why, all of a sudden, was there a European ‘exploration explosion’ in the fifteenth century?” students might sort through the clues and choose the following group of clues on their way to articulating a mystery-solving hypothesis:

Clue 4: The science of mapmaking had become sophisticated and increasingly accurate by Columbus’s time.

Clue 9: Inventions like the astrolabe and mariner’s compass made longer and more difficult trips possible.

Clue 20: New ships called caravels were faster and easier to navigate than any ship before.

You’ll know that students have gotten the idea if they come up with a hypothesis such as: “We hypothesize that the time was right for exploration in the fifteenth century because advances in technology and mapmaking made farther, safer trips possible.”

If it’s better to show than to tell, as the old saying goes, then I propose that it’s also better to ask than to show. So, give the Mystery tool a try, and start your next lesson or unit with a curiosity question or two. Let me know how it goes, using the comments section, below. 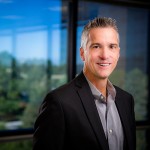 Bryan Goodwin is the CEO of McREL. A former teacher and journalist, he is the author or co-author of the popular books Out of Curiosity, Curiosity Works, and The 12 Touchstones of Good Teaching, among others. He wrote the foreword to Tools for Classroom Instruction That Works, which provides easy-to-use tools and learning activities to help teachers get CITW strategies into the classroom on a daily basis. Download your free excerpt containing the Mystery tool.