In 2004, McREL embarked on a new project by creating its first scenarios; that is, possible futures in which we consider what our organization’s role would play given certain political, economic, technological, and social parameters. Those scenarios became The Future of Schooling: Educating American in 2014. Since then, McREL has worked with other districts and organizations as a thinking partner as they explore their own possible scenarios. McREL’s work with the Ohio 8 Coalition, an alliance of superintendents and teacher union presidents from Ohio’s eight largest metropolitan school districts (Akron, Canton, Cincinnati, Cleveland, Columbus, Dayton, Toledo, and Youngstown) resulted in the creation of a thirty-three minute video describing four possible futures for Ohio’s urban areas. 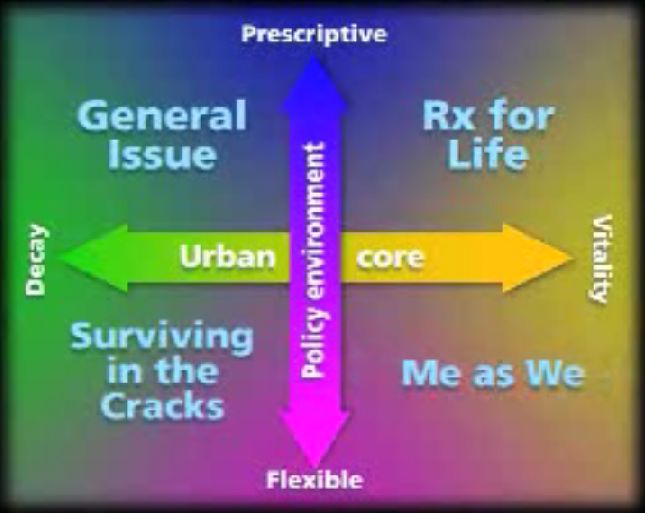 All four of these scenarios are fascinating, but I was most energized by the “Me as We” Scenario, in which urban centers are thriving, 21st century communities that have self-organized in order to help students discover and focus their education on their primary strengths and interests. In this scenario, federally-funded universal wifi access and the replacement of NCLB by individual, digital, community-involved learning plans have completely revamped education. Teachers are now seen as learning agents and innovators. High school diplomas have been replaced by a skills-based credentialing system, assessed in part by active and interested community members.

Take a look at the either the whole video or just the 5-minute “Me as We” scenario. Could your organization survive in this scenario? How would we need to rethink education? Professional development? Pre-service teacher education?