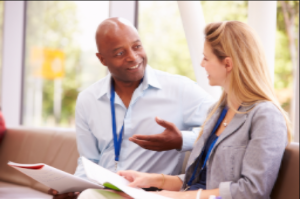 In recent years, annual performance reviews for teachers have become ubiquitous. Between 2009 and 2012 alone, the number of states requiring them jumped from 14 to 43. But do teacher evaluations make a difference in how teachers teach? Do they really help teachers improve?

Most research to date, write Bryan Goodwin and Heather Hein in the May issue of Educational Leadership, has not focused on this question. For example, in 2013, a three-year, $45 million study funded by the Bill and Melinda Gates Foundation found that it is possible—by taking into account student achievement data, student surveys, and classroom observations—to accurately evaluate effective teaching. What it didn’t show was whether accurate evaluations lead to better teaching.

However, in Cincinnati, one of the only studies to look at the performance trajectory of teachers found a spike in effectiveness of midcareer teachers who participated in evaluations based on multiple, structured observations conducted by experienced peers from other schools. Gains were largest for teachers with previously low levels of student achievement.

The reason, Goodwin and Hein write, seems to be that teachers had internalized the feedback from their peers, and that this micro-level, high-quality feedback—which they received before they were given summative ratings—was perhaps the most important factor in their improvement.

Indeed, not long after The Gates Foundation released its 2013 study, Microsoft itself announced it was moving away from the rating and ranking of its own employees and toward real-time feedback and coaching focused on professional growth. So, perhaps, the authors conclude, schools, too, would benefit from measuring less and motivating more.

So too, the authors conclude, when it comes to evaluating teachers and principals, school systems would do well to remember that the real benefit of performance appraisal lies not in the rigor of the rating system, but rather, in using goal-setting and feedback to support professional growth.