Given all of the recent media attention on domestic violence and child maltreatment, from Ray Rice to Adrian Peterson and a recent National Public Radio story about a former abuser, the question lingers: how do we teach children about healthy relationships when they grow up with unhealthy models? Healthy relationship education largely resides in nontraditional education settings—part of 4-H and other community-based character development programs. Yet, it is something all youth should learn. Traditional education settings—schools—can give much wider exposure to this important facet of education.

END_OF_DOCUMENT_TOKEN_TO_BE_REPLACED

Many factors can dramatically affect a school’s population in a short period of time. Maybe a new industry moves into town. Maybe a new school opens or an old school closes. Maybe school or district boundaries are redrawn.
Sound familiar?
Regardless of the causes, new student demographics bring both challenges and opportunities, and school faculty must decide how to respond. The experience may be both rewarding and disorienting. As faculty work to improve student outcomes, they may ask, “How do we adapt?”

END_OF_DOCUMENT_TOKEN_TO_BE_REPLACED

Is it “struggle” or is it “effort?”—Maybe it’s a cultural thing

Do American students view struggling in areas such as mathematics and science to be synonymous with failure? Research on American and Asian students suggests so.

END_OF_DOCUMENT_TOKEN_TO_BE_REPLACED

Some schools say no to homework: Is that a good idea?

Homework is, once again, in the hot seat. A recent Education Week blog post described a new homework policy in an elementary school in Quebec that is giving its students a year off from homework. Just last year, NJ.com reported that French President Francois Hollande proposed eliminating homework in all French elementary and junior high schools. And, according to the NY Daily News, Townsend Harris High School, a high performing school in Queens, has mandated no homework nights. What does the research tell us about homework and what are the implications for schools?

END_OF_DOCUMENT_TOKEN_TO_BE_REPLACED

As the summer winds down and thoughts of the new school year begin to surface, what changes are you considering to improve your school’s climate? One component of your school’s overall climate that should not be overlooked, literally, is the visual appearance of your facility, inside and out. The physical appearance of your school sends implicit and explicit messages to your parents, students, staff, and visitors about the quality of the learning environment and care to be found inside.

END_OF_DOCUMENT_TOKEN_TO_BE_REPLACED

For too long, though, education has been marked not so much by a pattern of incremental improvement, but rather by a swinging pendulum. We’ve lurched from one untested idea to the next—explicit instruction, inquiry-based instruction, whole language, phonics only—the list goes on and on. The point of research is to sift through various approaches to identify what has worked and what hasn’t, so we can lock in what we know works most of the time. Only then should we explore those edges where further improvements in professional practice are necessary.

END_OF_DOCUMENT_TOKEN_TO_BE_REPLACED

Do some grouping strategies foster bullying?

“It seems that grouping is a universal problem in any classroom, where, once groups are formed, one kid does all the work for him/herself while others are content to do anything but work.”

END_OF_DOCUMENT_TOKEN_TO_BE_REPLACED

Data walls are a natural extension of the data-driven instruction process. While we don’t advocate sharing individual student data publicly, we believe there is value in sharing school or classroom data. Educators must be willing to look at, share, and talk about the data, in order to “take collective action” and build a unified focus on improvement across the school community.

END_OF_DOCUMENT_TOKEN_TO_BE_REPLACED

In my recent column in Educational Leadership, I drew upon some studies synthesized in a new book from Newsweek and New York Times journalists Po Bronson and Ashley Merryman, Top Dog: The Science of Winning and Losing, which provides a slew of fascinating insights, including the importance of framing problems as challenges versus threats.

In sports, for example, professional soccer players are more apt to kick a tie-breaking goal when they are kicking to win—that is, to give their team the lead in a shootout rather than when kicking from behind in a shootout to avoid a loss. In addition, Bronson and Merryman point to a study conducted at Princeton University, which invited two groups of students from high schools under-represented on the prestigious campus to answer questions about their backgrounds (to remind them of their outsider status) and then take a short math test. 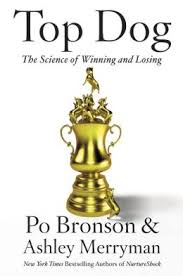 The tests the two groups took were nearly identical, with just one subtle, yet important difference. For one group, the exam was a framed as an “Intellectual Ability Questionnaire;” for the other, it was called an “Intellectual Challenge Questionnaire.” The differences in performance were striking; the students taking the “challenge” test answered, on average, 90 percent of questions correctly; the students taking the very same test labelled as an “ability” exam answered, on average, just 72 percent of the questions correctly. In effect, framing the test as a threat rather than a challenge resulted in a two-letter-grade drop in performance.

Consider yet another study included in Top Dog. It found that the size of the venue in which students take the SAT test has a tremendous effect on performance—the smaller the venue, the higher the score. Certainly, many explanations might be offered for this finding. One likely culprit, though, is that being surrounded by a large group of fellow exam takers can be threatening. As Bronson and Merryman observe, “These kids know darn well that the entire country is taking the test that day; however, having so many at the same place, often in the same room, is intimidating. It’s a stark reminder of just how many other students are competing with you for college spots.”

Bronson and Merryman connect these findings with yet another dot: business research that shows that companies whose CEOs create a “promotion focus” (i.e., set ambitious goals and encourage innovation) are more likely to outperform competitors than those led by CEOs who create a “prevention focus” (i.e., cautiously fixate on preventing errors).

In my column, I related these insights from Top Dog to the current environment in many schools, which for nearly half of all educators, according to a recent MetLife survey of educators, is characterized by high levels of stress, due in no small part to ongoing pressure to raise student performance while enduring budget cuts. In short, what many educators appear to be facing are tantamount to threat conditions that are likely not conducive to kind of the creative and collaborative thinking that is required to develop better learning environments for students.

That’s not to say pressure and competition are always bad. On the contrary, Top Dog identifies conditions under which competition spurs higher performance and even, surprisingly, creativity (for example the rivalry between Renaissance painters Michelangelo and Rafael). Along these lines, the pressure created by the last two decades of reforms hasn’t been all bad; it has focused attention to helping all students succeed, relying upon data to make decisions, and looking for bright spots and best practices.

That said, we need extrapolate only a little to question the current direction, and underlying theory of action, beneath the continued press to tighten the screws on the package of high-stakes testing, school accountability, and educator performance evaluations tied to student achievement scores (which, as I noted in a previous Educational Leadership column, researchers caution is fraught with concerns of its own).

For starters, if simple tweaks to tests, such as reframing them as challenges, reducing the number of fellow test takers in the room, or, as I noted in an earlier blog, offering students small rewards, can dramatically alter how students perform on them, one wonders if we’re really assessing what we think we are. Moreover, one might wonder whether the threat conditions we’ve created for many schools with high-stakes accountability are serving us well, or if it may be time to begin to reframe accountability in terms of a challenge condition that encourages educators to harness their collective ingenuity to create better learning environments for all students.

I’ll write more about what these efforts might resemble in future blogs and columns. For now, though, I’d encourage readers to absorb the many surprising insights from Top Dog (of which I’ve barely scratched the surface) and consider how this science of competition, adeptly captured in the book, might point us toward a more enlightened approach to school improvement.

Bryan Goodwin is McREL’s chief operating officer. A former teacher and journalist, he is the co-author of The 12 Touchstones of Good Teaching: A Checklist for Staying Focused Every Day and the author of Simply Better: Doing What Matters Most to Change the Odds for Student Success.