Student identity in the classroom: Building purpose, potential, and persistence 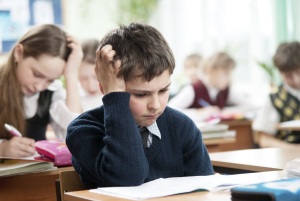 We often think that identity—both our present- and future-oriented conceptions of the self—motivates and predicts behavior. In education, when we think of student identity, most of us would agree that we want all students to believe a positive future self is both possible and relevant, and that student belief in this possible future self motivates their current behavior.

But, when we really investigate that belief, is it actually true? When I see data that shows 95 percent of students say they want to go to college, but only 80 percent actually graduate from high school, I see a disparity between what students want for their futures and the behaviors in which they engage.

An important key to understanding this disparity is explained using Daphna Oyserman’s identity-based motivation (IBM) theory, which suggests that individuals are more likely to act in ways that are congruent with a goal when they see a connection between their present and future identities; see the strategies to get there as things that someone “like me” would do; and perceive difficulties along the way as a sign that what they’re doing is important, not a sign of failure. Self-identity is particularly malleable in adolescence; a good reason why interventions that focus on changing beliefs regarding possibilities for the future self are often targeted to adolescents.

In talking to friends and colleagues, I often get questions like, Isn’t that like mindset? or How is that different from self-efficacy? Building confidence using strategies that are self-relevant, and helping students make connections between who they are now and who they want to be are the easiest aspects of IBM to understand. However, it was a new concept for me to understand how difficulty could signify importance. This IBM concept goes beyond the simple belief that difficulty does not necessarily indicate the impossibility of a task; it suggests that difficulty can actually serve as an effective motivator.

Tying this to my own life, I reflected on a time when I was working with a professor in graduate school who was really challenging me, and working with him was difficult. Instead of saying, “This isn’t for me,” and moving on, which I could have done without any big setback, my current identity as a successful student and desired future identity as a successful researcher helped me perceive the difficulty as a sign of importance and motivated me to continue working harder. Operationalized, the self-talk would be, “This is really difficult, but because of my identity connection to it, I’m going to keep pushing.” It was the importance of my identity that drove the positive interpretation of difficulty and motivated me to prevail. How do we get students to go beyond seeing difficulty as something that can be overcome to seeing it as a motivator?

Currently, there is one known intervention that specifically targets student IBM: Oyserman’s School-to-Jobs intervention, which has been shown to be effective for eighth-grade students for outcomes related to school absences, grade retention, and achievement. In this intervention, students complete seemingly impossible tasks to demonstrate to themselves that difficulty can be overcome and is worth it if it has been established that the identity in question is important. However, McREL and Oyserman were recently awarded a federal Investing in Innovation (i3) grant to develop IBM Journey, a digital game based on the School-to-Jobs intervention, which simulates a journey to academic success to further investigate student IBM. In IBM Journey, we will develop ways to simulate seemingly impossible tasks to convey the message that difficulty signifies identity importance, not impossibility.

Research Director Dr. Katie Stringer Andersen leads a variety of research and program evaluation projects for McREL, drawing on her expertise in effective research design, instrument development, implementation, and dissemination. You can reach her at kandersen@mcrel.org.