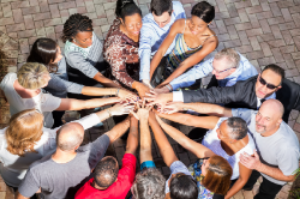 In 1999, I embarked on my first year of teaching, eagerly anticipating leading my own classroom and filled with much hope, promise, and possibility. However, as my initial year unfolded, it turned out to be a no good, terrible, very bad year (so disappointing that I even wrote an editorial about it for the Denver Post). I consider myself a very positive person—a team player—so this experience was as much a surprise to me as anyone else. What changed my hope to despair and, eventually, my profession from teacher to education consultant?

In thinking about all the subsequent years I spent teaching—some great, some tough, and some just-okay—I remember one significant moment. One morning, as we greeted students on the first day of school—the same year that I was elected to serve as the language arts department chair of a low-performing suburban middle school—my principal advised me that if test scores didn’t go up, the blame would fall squarely on my shoulders. In that moment, I realized that there was no “team.” As an individual teacher, I felt inadequate to carry that load alone; worse, I worried that remaining a teacher might cost me more than I was willing or able to give.

While I always had at least one supportive colleague within my grade level or department, a whole school, we-can-do-this-together vibe was missing from the schools where I taught. Typical divisions between primary and intermediate grades were evident and “that’s not my content area” conflicts sprang up regularly. When it came down to school-wide, collective will and effort to effect change, it always fell short because teachers were working in relative isolation, with heavy loads to bear.

Not wanting to coast on fumes and become the teacher counting the years to retirement, I divorced the job I wanted to do my whole life. But, with my hope and determination to make a difference in education still intact, I searched for a way to change the system. I landed at McREL, an organization whose motto is, “Be the change you want to see in the world.” This ideal resonated with me, feeding my desire to build a better system in which “change” meant better schools, better teaching, and better learning. I finally hit upon what I had been dancing at the edges of for years, collective efficacy.

In early 2012, as part of a federal grant called the North Central Comprehensive Center (NCCC) program, McREL began working with the South Dakota Department of Education (SD DOE) to implement a strategy that supported South Dakota’s Priority and Focus Schools, as part of its Elementary and Secondary Education Act Waiver. We used a customized version of Indistar®, a web-based continuous improvement planning tool, to develop the South Dakota Leading Effectively, Achieving Progress (SD LEAP) tool. Built on the principle that the people closest to students should be the ones determining the path to improvement, SD LEAP was designed to help South Dakota schools establish leadership teams to guide their continuous improvement processes.

Later that year, we hit the rural roads of South Dakota, training educators on the new tool and informing them that SD LEAP and school leadership teams were an effective, support-based way to lead school improvement, not compliance-driven. While many were willing to give it a try, just as many thought this was yet another swing of the pendulum; if they waited long enough, it would quietly die like so many past reforms.

In April 2014, a small team of McREL and SD DOE staff traveled more than 900 miles across the state to capture, in video, the success stories of five schools using the SD LEAP system. As we sat down with teachers and leaders at each of the schools, we heard responses like, “I felt empowered,” and, “It wasn’t just me doing it, it was all of us.” One teacher, who had been mulling retirement, shared her renewed sense of excitement about the work her team was doing, and had chosen not to retire. That really resonated with me. Teachers were now eager to review data and discuss individual kids, especially the ones who were hardest to reach. A palpable sense of collective commitment and relief emanated from each frame of the video, telling me we were on to something. As I watched the interviews, two words—collective efficacy—hit me like a ton of bricks.

What does collective efficacy have to do with my terrible, no good, very bad first year of teaching? Working with educators across the country over the past six years has convinced me that, while there will always be a need for professional development in the areas of leadership, instruction, curriculum, and assessment, what schools really need to effect change is a partner to help them maximize all the great resources, staff, and ideas they already have—a partner to share the load and help build collective efficacy.

As a teacher, I never felt we lacked the “right stuff” in terms of resources or professional development for staff. Deep down, I felt unable—as an individual teacher—to make broad, sweeping, systemic changes. What was really missing was a collective will and belief that we all needed to move in the same direction, systemically changing our instruction and culture to increase student achievement for each and every kid. As I listened to teachers share their experiences in the SD LEAP video, I realized that they felt like they were, indeed, enough. Because, as a group, they were much more than enough.

McREL consultant Heather Hoak develops and implements technical supports for the North Central Comprehensive Center, the Victoria Department of Education and Early Childhood Education, and other McREL projects and clients. For more information about SD LEAP, contact Heather by e-mail or at 303.632.5512.