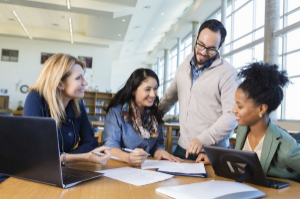 In 2011, the school region (what Americans call a district) of North Melbourne, Australia, launched an improvement initiative that stood out for being based on positivity, curiosity, and “inside-out” leadership rather than yet another series of top-down mandates. The North Melbourne experience soon became a source of inspiration for McREL, which has been advocating for more schools and districts to take a similarly upbeat approach to improvement and innovation.

I was the assistant principal of an elementary school in North Melbourne at the time, and, looking back, I feel like I participated in something historic. With that in mind, I thought I’d share with you our story about how it all began.

My school, Greenhills Primary, was hardly an underperforming school in 2011: Test scores, teacher retention, and parent satisfaction were all strong. But our new leadership team and I had examined a range of data and found that student achievement had flatlined several years earlier. Lurking within our student population’s above-average test scores were some decidedly below-average outliers, students we weren’t reaching adequately.

In hindsight, I can also see that some of our teachers weren’t as engaged as they could have been, not because they were uninterested in teaching and learning, but because business-as-usual left them directionless. Try as we might—and according to teachers, they had tried everything—results wouldn’t budge.

Around the same time, our region began working with British education reformer David Hopkins to explore his novel school improvement framework called Curiosity and Powerful Learning. CPL does many things well, including its insistence that being educated means becoming not just literate and numerate, but curious, too. For my principal and I, the key was the way it embraced a teacher’s role in school improvement, as opposed to leaving the endeavor entirely up to administrators. We made it plain that we wanted—and needed—our teachers’ input. Through informal conversations and non-judgmental walkthroughs, we became a greater presence in classrooms and forged mutually supportive relationships based on our shared goal of improving student learning.

When we did those walkthroughs, we assured our teachers that we weren’t looking for problems to fix, but rather “bright spots” to share. We encouraged teachers to stimulate their own professional curiosity through peer support, professional development, and examining why they did the things they did rather than just mindlessly repeating the same practice year after year. We proposed that if students were bored, maybe they needed more challenges, not fewer—music to the ears of teachers who have faith in their own abilities.

The relationships we forged with individual faculty members made it possible for us to proceed to whole-school implementation discussions with virtually none of the conflict that usually accompanied our attempts to change. When we introduced a set of “theories of action” for teachers—the closest we would ever get to prescribing teacher practice and behaviors—teachers responded not by reflexively pushing back, but by spontaneously and collegially inquiring about one another’s work.

With sustained effort, support, and focus on improving from the inside out, student achievement resumed an upward trajectory, as did morale among both teachers and students. Could the same results have been achieved with a series of top-down directives? I doubt it. Greenhills Primary, North Melbourne, and now the entire state of Victoria have warmly embraced the notion that the most effective leadership comes from the inside out, and with a heavy dose of curiosity. I ardently hope that schools worldwide come to the same understanding. 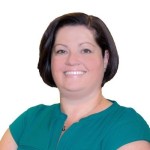 Australian educator Tonia Gibson is a McREL consultant based in Michigan.