By Bryan GoodwinFebruary 28, 2019No Comments 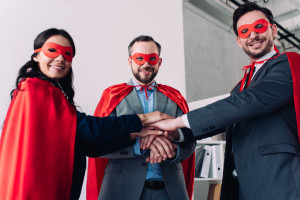 Principals are super humans, but they’re being asked to perform a superhuman range of responsibilities, and that’s not fair—not to them, not to teachers, and not to students. In the March edition of ASCD’s Educational Leadership magazine, McREL CEO Bryan Goodwin asks how school leadership got so overly complex and demanding. He believes the phenomenon dates to the 1970s when researchers first started describing principals as “instructional leaders”—a catchall phrase that had unintended consequences.

As the body of research around effective school leadership traits grew over the decades that followed, so did the understanding that specific leadership traits showed more promise than others in their effects on achievement. Further, the role of collaboration in shared leadership gained new importance and we began to seek “transformational” leaders who might usher in a new era of educational effectiveness.

British researchers identified five distinct school leadership “personalities”—philosopher, surgeon, soldier, accountant, and architect—Goodwin notes, but concluded that only the architect produces sustainable improvement. This type of leadership personality creates the conditions in which all stakeholders can be heroes by virtue of their everyday contributions to shared vision and goals. There simply is no need for every principal to be all things to all people. Nor is it even possible. A genuinely effective school leader recognizes this and disperses responsibilities in a balanced way, he writes.