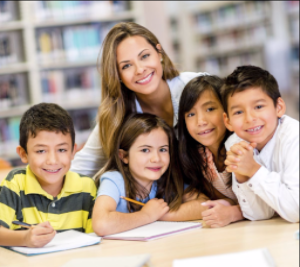 Despite years of trying various approaches to reduce the achievement gap between English language learners (ELLs) and their non-ELL peers, the gap has remained virtually unchanged since the late 1990s. Why? Bryan Goodwin and Heather Hein examine this question—and what can be done about it—in the February Research Says column for Educational Leadership magazine.

Though the number of ELLs in mainstream classrooms has increased dramatically across the country, teachers still frequently underestimate the complexity of becoming proficient in academic English—largely because few of them receive the professional development they need, the authors write. Research shows that misconceptions about language acquisition and the role of the primary language can affect teachers’ interactions with their students.

Unrealistic expectations, say Goodwin and Hein, may reflect deeply ingrained “deficit thinking” about ELLs, or a belief that they are at fault for their low performance. But researchers and practitioners are increasingly calling for educators to flip the paradigm—to use asset-based approaches that see language and diversity not as a problem to solve but as an opportunity to prepare all students for a globally connected world.