Teach your students how to fail 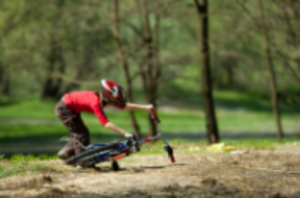 We spend a great deal of time in schools nurturing and rewarding academic success—from gold stars on papers to honor roll awards celebrations to the selection of high school valedictorians. Recognition of success is important, but is success really the true measure of learning? What about the learning that occurs when students don’t succeed?

Failure is not the undesirable end to learning; it is really just the beginning. Acknowledging our mistakes and learning from them is how we improve. Does a toddler who is learning to walk see himself as a failure after that first tumble? When an elementary student falls 20 times while learning to ride a two-wheel bike, has she failed or is she just practicing? Albert Einstein famously didn’t speak until he was nearly four years old and was refused admittance to the Zurich Polytechnic School after flunking the entrance exam at the age of 15. As we know, he eventually learned to speak and even how to do a little math.

In her book, Mindset: How You Can Fulfil Your Potential, Carol S. Dweck (2012) talks about the difference between fixed and growth mindsets. Fixed-mindset individuals avoid failure, which they see as a negative reflection of their basic abilities, and something that might even diminish their self-worth. Growth-mindset individuals don’t mind or fear failure because they realize their performance can always be improved and that learning comes from failure. This is important because students with a growth mindset are more likely to continue working hard, despite setbacks, and work through a problem to its resolution.

One way to develop a growth mindset in students is to provide feedback effectively. In Classroom Instruction That Works (2nd ed.)(2012), we recommend ways to do this, including letting students know what they did right, what they did wrong, and what they need to do next. We suggest that students re-do their work, based on feedback, until it is correct. This helps teach them that doing something wrong is just a step in the process; feedback helps them correct mistakes and move forward.

If students fear failure, on the other hand, they become risk-averse, keeping them from thinking outside the box to find new ways to solve problems. Those who fear failure lower their personal achievement bar, and can become so focused on not failing, they set the bar at mediocre just to avoid it. To reach your personal best, to have that creative breakthrough, to make the impossible possible, you can’t fear failure; you have to use that failure as your springboard to jump even higher.

As legendary basketball coach John Wooden said, “The person who is afraid to risk failure seldom has to face success.” Analyzing a mistake and then intentionally reworking and practicing until you are successful is a process every student needs, both in school and in life.