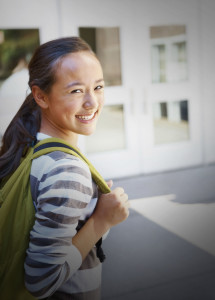 As interest in social and emotional learning (SEL) programs continues to ramp up at the school level, so, too, does the interest of researchers and education leaders in studying the effects of SEL on a broader level.

In the past month, the Aspen Institute announced the formation of a new National Commission on Social, Emotional, and Academic Development, whose goal is to help schools better teach SEL skills along with traditional academic subjects. The work of the commission—which includes leaders in the social, emotional, and academic sectors as well as a former governor of Michigan and the sitting governors of Virginia and Nevada—will conclude in 2018 with a set of recommendations for SEL implementation, research, and policy.

The Compassionate Schools Project (CSP) is another effort trying to answer that question. Developed by the University of Virginia’s Youth-Nex Center to Promote Effective Youth Development, CSP is launching a six-year randomized controlled trial of SEL practices in Louisville, Kentucky, that will compare two groups of 10,000 elementary students in Jefferson County Public Schools—making it one of the most comprehensive studies of its kind.

Students in the study group will participate in an integrated health and wellness curriculum including SEL skills, mindfulness practices, physical movement and breathing practices, and nutrition education. Following the pilot year and two years of full implementation, researchers will evaluate the program’s benefits for student behavior, achievement, and well-being.

The study is designed to generate relatively quick results, according to Youth-Nex Director Patrick Tolan. He told The Christian Science Monitor that, while good ideas usually take 15–17 years of testing to prove they work, the Louisville experiment will speed up the process through strict implementation and evaluation of the program in a real-world setting.

You can read more about SEL research and best practices in the fall issue of McREL’s Changing Schools.