NCLB Waivers: Can they fix a “Broken” Law? 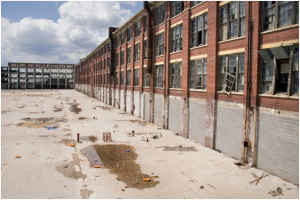 In May 2012, President Obama granted waivers for some requirements of the No Child Left Behind Act (NCLB) to an additional eight states, for a total of 19 states receiving waivers so far: Colorado, Connecticut, Delaware, Florida, Georgia, Indiana, Kentucky,  Louisiana, Maryland, Massachusetts, Minnesota, New Jersey, New Mexico, New York, North Carolina, Ohio, Oklahoma, Rhode Island, and Tennessee. An additional 18 states and the District of Columbia have applied for “wiggle room.” But what do waivers really mean for states, and do they really provide the flexibility they seem to promise?

According to the U.S. Department of Education (DOE), waivers allow states to focus on students’ readiness for college and career, rather than arbitrary proficiency targets; design their own interventions for struggling students; use multiple measures for student proficiency, and not just high-stakes testing; and allow for more flexibility in the use of federal funds.

Based on the number of waiver applications submitted, it appears most states long for some breathing room from NCLB’s requirements. But the waivers aren’t without their critics. Some argue that they’re being forced to allocate resources to develop waiver applications that simply provide relief from already unattainable mandates, suggesting that a blanket waiver from some of NCLB’s more onerous requirements, such as bringing all students to proficiency in reading and mathematics by 2014, is more appropriate.

And though the waivers do liberate states from the 2014 proficiency requirements, compliance with NCLB still rides on standardized test scores, resulting in continued concerns around the narrowing of curriculum and teaching to the test.  Other critics worry that the waivers will lessen the focus on achievement gaps among socioeconomic and demographic subgroups, creating potential civil rights issues.

What do you think? Has your state applied for (or received) a waiver? Are waivers changing what happens in the classroom?

Read a rundown of the feedback from DOE to the 26 second-round states.