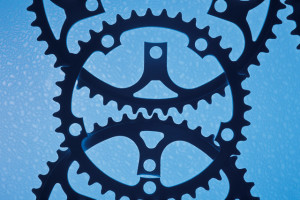 Stop and think about the education you amassed to get to the point you are now—the late nights studying for finals; countless hours preparing for entrance exams; the papers written, edited, and revised to convey just the right message? If you’re a Talking Heads fan you probably hear David Burns asking, “How did I get here?”

Our paths may be unique, but we all share an important ability that got us to this point, an ability perhaps more important to our academic success but equally challenging to teach than the knowledge we have gained along the way—a well-developed set of executive skills.

In the 1960s, Russian neuropsychologist Alexander Luria began studying the behavior of individuals with frontal lobe injuries, who while functioning normally in many ways, also demonstrated profound social, emotional, or cognitive dysfunctions. For example, a patient asked to raise his arm off a table might be able to do so but become confused if his arm was covered with a sheet because he was not specifically told to remove the sheet before raising his arm. Similarly, a patient’s attention to a task might be easily interrupted by the sound of an object dropped on the floor. Through this work, Luria and his contemporaries uncovered a set of mental skills that serve as a chief executive for other cognitive processes. These meta-cognitive processes, which have come to be known as executive functions or skills, include affective skills, such as empathy, social understanding, and emotional self-regulation, and task-oriented skills, such as planning, memory retrieval, focused or flexible attention, and problem solving.

From Luria’s research, we can draw a clear line between executive skills and learning. So often in education we focus our energies on content and pedagogy, assuming that students naturally develop the skills to become active and self-directed learners. But anyone who has spent time in the classroom knows this assumption rarely holds. There is growing evidence about the importance of executive skills for self-regulated learning, impulsivity control, and resiliency in the face of challenges. Of course, this is science confirming what we already know. Consider how often you may have showed impulsivity control by giving up time with your friends to study for an exam or complete the final draft of a paper. Without well-developed executive skills to monitor and adjust your thoughts and behavior, this would not be possible.

What, if any, activities do you use with students to improve their executive skills? Are there particular executive skills that would benefit your students? Do you think this might vary by age/grade level?

The next entry in this series will dive deeper into one particular executive skill—attention.

For a great primer on executive function in education see the eponymously named Executive Function in Education: From Theory to Practice by Lynn Meltzer. The link provided can get you through the first chapter but you will have to purchase it for the rest.