International student performance: Are the data what they seem? 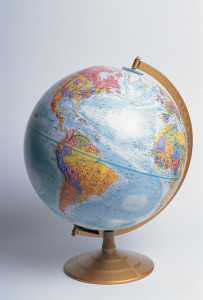 Results from the 2011 Trends in International Mathematics and Science Study (TIMSS) and Progress in International Reading Literacy Study (PIRLS) show what educators have come to expect about U.S. students: Compared to their counterparts in many Asian and some Western European countries, their test scores lag in math and science—the fields of study often equated with innovation, technology, and healthy, competitive economies.

Do these data, as an education task force sponsored by the Council on Foreign Relations warned in a March 2012 report, put the United States’ “future economic prosperity, global position, and physical safety at risk”?

Certainly, many would agree, as Eric Hanushek, Paul E. Peterson, and Ludger Woessman say in an article for Education Next, that the U.S. position is “problematic.” In a 2010 analysis, the trio of experts in education reform and economics in education found only 6 percent of U.S. students performing at the advanced level in mathematics, which is a percentage lower than that attained by 30 other countries. In 2011, just 32 percent of 8th graders in the U.S. were proficient in math, placing the United States 32nd in the world. Further, the rate of improvement among U.S. students is underwhelming: In a study of 49 countries, it was right in the middle, with 24 countries improving faster. Eight countries made gains at twice the rate of U.S. students.

Hanushek, a renowned expert in educational policy and education economics at Stanford University, believes that these results have “enormous implications” for the future of the U.S. economy in the future.

Others, however, look at the data quite differently. Yong Zhao, author of Catching Up or Leading the Way: American Education in the Age of Globalization, whose scholarly work focuses on the impact of globalization and technology on education, contends the numbers don’t tell the whole story.

According to the data, Zhao says in a blog on his website, America’s national security, jobs, and economy have been “resting upon a base that has been crumbing and cracking for over half a century,” and the United States should have “fallen through the cracks and hit rock bottom by now.” But other facts suggest otherwise: The United States remains the dominant military power in the world; its economy is still the largest in the world; it is the 6th wealthiest country in the world; and it ranks 5th, 2nd, and 1st, respectively, in Global Competitiveness, Global Creativity, and in the number of international patents filled or granted.

Why? Because, Zhao says, “high test scores of a nation can come at the cost of entrepreneurial and creative capacity.” The American system produces more creative, innovative, and entrepreneurial-minded people. In fact, PISA data show that countries with higher scores have fewer people confident in their entrepreneurial abilities.

What do you think the data says about the American education system? You can hear Hanushek, Zhao, and other experts in education and high reliability present their perspectives at McREL’s Summit for Innovative Education February 4–5 in Denver.