Civil discourse on the Common Core 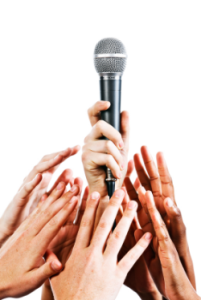 Being an academic standards consultant was once a fairly anonymous, low-profile job. Relatively few people seemed to know or care about the importance of educational standards, and news stories about standards were rare. Just a year or two ago, when I talked with other parents at the neighborhood park about the Common Core State Standards (CCSS), they politely smiled and nodded, not really understanding what I meant.

But, as the CCSS slowly began to be implemented over the last couple of years, people who had never given a second thought to educational standards began to take notice and discuss what exactly it is that they thought our students should understand and be able to demonstrate. Now, everyone seems to have an opinion about the Common Core, and the discourse is often divisive and far from civil.

Recently, at an education policy meeting I attended at a university, a panel of education leaders was asked to provide their thoughts on the opposition to the CCSS and the related PARCC testing. On the panel were a representative from the state department of education, a CEO of several charter schools, a school district math coordinator, and a district chief academic officer. A member of the state board of education acted as moderator.

As a lead-in to the discussion, the audience and panel members were told that, invariably, in every meeting of the state board of education, people spoke passionately about their opposition to CCSS and PARCC. The question to the panel was: What causes that opposition? Is it true opposition to the CCSS and/or PARCC assessments, or is it merely a convenient speaking point for politicians and pundits?

The panelists and audience members brought up many points of conflict on the pros and cons of the standards and testing. Audience members were clearly frustrated with the feeling that parents have been left out of the conversation, because, in their view, policy makers and educators don’t believe parents are knowledgeable enough to participate in deep dialogue and debate about the issues. The conversation grew heated on all sides.

What is causing this divide? One of the panelists correctly pointed out that, when it comes to the standards and testing, many related-but-distinct issues have become conflated with one another, such as identifying the appropriate number of assessments; setting the right bar; teaching the right content; and who should control the setting of the bar and the measuring of results.

When we’re talking with one another about the CCSS or assessments, we need to be careful that we’re really talking about the same issues and not talking past each other in the heat of the moment. Without common definitions and understandings of what “it” is we’re debating, frustration levels on all sides will remain high.

Forging these common definitions will require every education advocate—federal, state, district, school, parent, community member—to take the time to listen to opponents’ perspectives, find points of agreement, and mutually identify the specific issues that are causing conflict and disagreement. That’s easier said than done, but if we can’t commit to civil discourse then neither side is going to get anything other than increasingly frustrated and disillusioned. And, without a joint effort to identify the issues causing opposition, we risk perpetuating the same negative cycle that will continue to shift as frequently as the political winds that drive it.

McREL consultant Amitra Schwols is an expert in STEM curriculum who analyzes, evaluates, revises, and drafts new standards and benchmark documents related to K–12 classroom activities and resources. She is a co-author on McREL’s Common Core Standards Quick-Start Guides for grades K–5.